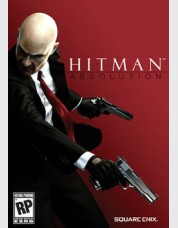 Hitman: Absolution is a stealth game being developed by IO Interactive and published by Square Enix. It is the fifth entry in the Hitman game series, and will run on IO Interactive's proprietary Glacier 2 game engine. The developers have confirmed that Absolution will be easier to play and more accessible, but will retain hardcore aspects. The game is currently slated for a November 20, 2012 release.

The game will take place in the United States, and will feature an online option. In addition, the game will feature "instinct mode" which will allow 47 to predict enemy patrol routes, much like the 'sonar vision' that was featured in Tom Clancy's Splinter Cell: Conviction, 'eagle sense' in Assassins Creed: Revelations and 'detective mode' in Batman: Arkham Asylum.

The first in-depth trailer for the game shows Agent 47 storming a safehouse, and confronting Diana while she is showering. 47 is "betrayed by those he once trusted and now hunted by the police, he suddenly finds himself at the center of a dark conspiracy and must embark on a personal journey through a corrupt and twisted world, in his search for the truth". At least one portion of the game will be set in Chicago, and the game will take place in the United States. Hitman: Absolution is set at the end of the timeline. Confirmed plot details include series protagonist Agent 47 assassinating his former International Contract Agency handler Diana Burnwood early in the game and the antagonist is Blake Dexter, a new character to the series. The character will be voiced by Keith Carradine.